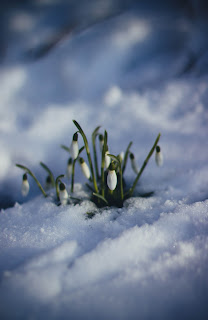 The LOML and I will be doing the 9-11 Memorial Run Walk on 4-22-18. We have set a modest goa1 for fundraising. Every dollar goes to support the memorial!
Posted by Noreen at 6:51 PM No comments:

Yet Another Ridiculous Problem Involving a Hyundai – Thanks for Nothing, DCN Hyundai

It is Déjà vu all over again. Last year, I had the Getting My Title for a Paid Off Car from Hyundai Motor Finance horror show. I swore I would never buy another Hyundai. This year, the Love of My Life’s Hyundai lease expired, and still needing that car, but offered a new one that would be cheaper if purchased instead of leased, we took the bait. And at first, it did seem like a great deal. Until the calls from Hyundai Motor Finance started.


“Your payment is late,” they said. “We are going to report this to the credit agencies.” How could a payment be late on a car that was traded in, with a title signed over to DCN Hyundai in South Brunswick, New Jersey, we replied.  But, apparently, Hyundai Motor Finance, despite “Hyundai” being in their name, has nothing to do with dealerships, and they were holding us responsible for the payoff amount of the car.


First phone call, someone will get back to you.  In person visit; oh, we sent the money to the wrong place. (???) Phone call after phone call, passed from one person to another,  “the check is in the mail.” Oh no it isn’t. We are living inside some sort of dark sitcom and not laughing about it yet.

I really can’t believe this craziness with Hyundai is happening all over again. Hyundai USA doesn’t care. The dealers are independent franchises. Hyundai Motor Finance is its own company. Silly us, thinking that just because ALL THESE COMPANIES HAVE GIANT HYUNDAI LOGOS EVERYWHERE, that they can, in any way, correct this situation.

I wish we had checked the Better Business Bureau on DCN Hyundai. We would have seen a trail of complaints, some for this very non-payment of a traded in car trick. I know we are very small fish in the big pond of NJ, but so far, reaching out to my Congressperson, the local newspaper, and a TV consumer advocate has gotten no response. We are currently filling out a form to let NJMVC know that we signed the title over to DCN Hyundai, but they have not yet paid for the car. I don’t know if that will make them unable to sell it, if they haven’t already.

It will be very interesting if Hyundai Motor Finance decides to repossess the car. Where will they go? If they show up at my house, I will personally drive them to DCN Hyundai and help them put the car on the hook. Because that’s how you give good customer service.

Posted by Noreen at 3:45 PM No comments: