A Queen, a princess, and me 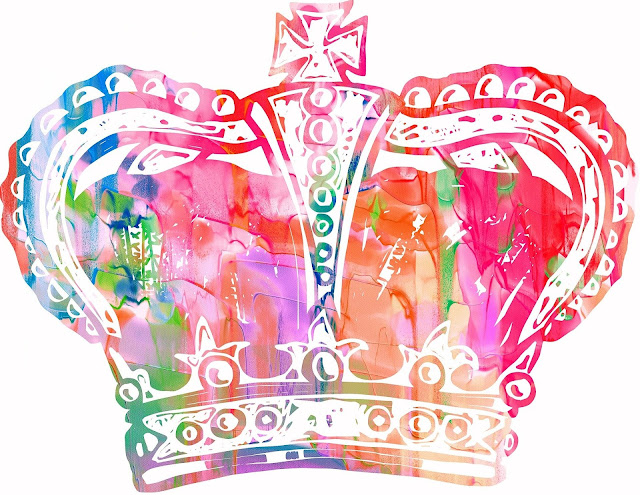 Image by Prawny from Pixabay

Somewhere in my collection of things that belonged to my mother is a scarf commemorating the coronation of Queen Elizabeth. My Scottish grandmother (who would decades later be found to be much more Irish than Scottish) had been a fan since having danced the Highland Fling for her, years before she ascended the throne. This bit of family trivia stayed with me all my life, as a distant connection to English royalty.

I wasn’t a follower, but I knew who she was, what her role was, and that she had a husband and children. I knew the Queen Mother was always nearby but was very shocked one day when I saw the Queen in the news and said “They have that wrong! That’s the Queen Mother!” Apparently, some time had passed, and I missed the death of the Queen Mother, and also the aging and graying of the Queen herself. After that realization I didn’t think much about her, other than the occasional “my grandmother danced before her before she was queen” story.

Then came Diana Spencer, and suddenly the whole world was “all up in” the royal family’s business. Every move Diana made was photographed, reported, and analyzed. And to me, there seemed to be a number of coincidences between myself and herself.

We both married older men, in fact, they are close in age, although Diana was younger than me. Our weddings took place in 1981, and our first-borns arrived in 1982; and our second-borns in 1984. I even fantasized a bit about how my daughters were the same age as the princes, and how could I get them to meet each other?

There were dolls of Princess Di, copies of her jewelry, imitations of her clothes, and many women walking around sporting various successful and unsuccessful versions of her hairstyle. It was a media circus, maybe the most intense one to that date – coinciding with the growth of technology, 24-hour news, and the internet.

On August 31, 1997, my life was a mess – mid-divorce and trying to determine where my children and I would end up. I was returning from a car dealership after seeing if I could trade in my 9-year-old van for something newer. When traffic slowed in front of me, I began to change lanes and got hit. Yes, I had a car accident the same day as Princess Di. Of course, the coincidence didn’t resonate until later that night and the next day. I survived, she did not.

Months and years of questions, conspiracy theories, and rumors persisted about her death. Charles was hounded and questioned about his conduct. Her boys marched stoically behind her coffin. And the Queen fell in popularity until she finally showed that she understood her subject’s grief.

It would take a while, but Charles would re-marry, the boys would grow up and also marry. Yes, the same story at my end of the world. The Queen seemed to soften and take her grandsons under her wing. My children also sought refuge with their grandmother. But, for all of us, damage had been done. Harry and Megan would flee the royal spotlight, and to my sorrow, it appears that a distance has formed between the two princes.  My mother’s heart hurts as I see the same kind of distance forming between my own children.

Of course, it’s not like we are some royalty worrying about whether we could ever sit on the throne, or what royal jewelry worn on the wrong occasion would cause a scandal. But finding myself hitting similar speedbumps in the road has sharpened my understanding of the highs and lows of life. Troubles are out there, sometimes bursting like fireworks, and there is no rhyme or reason to why one person gets burned and another does not. Whether you are responsible for just yourself or an entire country; joy, sadness, and unforeseen turns will lay on the path in front of you. Sometimes you just have to straighten your crown and manage the best you can.